Great website, no, brilliant website. Thank you!
F, 28 - Perth, WA
This site is worth every cent mate, you are doing a great job. :)
M, 36 - Sydney, NSW
Great site really like the effort you go to to make sure the members are real!
M, 26 - Beenleigh, QLD
On the day i joined ff also joined another site (not oz based). was gonna decide in 1 month & go with which ever one was best. fyi.... ff's already taken the flag.
M, 24 - Adelaide, SA

The following information is provided for the safety of our users in accordance with the ACCC Best Practice Guidelines for Online Dating Sites.

Jessica, an Australian businesswoman in her 40s, met a man called Martin on an online dating site.

Martin’s profile said that he was an Australian but he was currently working for an oil company in the United Arab Emirates. He said he was posted to the UAE for a brief period to oversee an oil pipeline project but was due to return home soon. He was a widower with a 10-year-old daughter. Martin’s photo showed that he was attractive, well-dressed but not too formal. He looked friendly and about the same age.

Martin’s interests were not very specific but appeared similar to Jessica’s own, namely sports and other outdoors activities. Both were after a serious relationship and looking for a warm and loving partner.

Martin told Jessica that he could not reliably access the dating site in the UAE and so they moved their communications to email and phone.

Jessica and Martin struck up a close relationship and exchanged regular emails and many phone calls. Martin came across as sensitive and caring and often listened to her problems. He showed an interest in her life, including her business affairs. He liked to call just to tell her he missed her and would love to meet up. After several months Jessica felt that she could tell Martin anything and Martin confessed his love for her.

Soon afterwards, Jessica received an email from Martin claiming that he had been mugged and lost his wallet. He said that he was working away from his camp, and at the hotel where he was staying, the hotel manager was holding his passport and refused to return it until he paid his next month’s bill. He was soon to be paid but asked Jessica to advance him $1200 by wire transfer to help with his hotel bill. Jessica thought he would pay her back so she wired the money across.

Some weeks later, Martin called Jessica in quite a state and told her that his daughter had been struck by a car in a hit and run on her way to school and suffered a brain haemorrhage. He said that he needed $8000 quickly, to pay for an expensive operation to save her life. Horrified by these events, Jessica sent the money via wire transfer as it would be quicker.

Things were settled for a while and then Martin told Jessica that he had an opportunity to invest in oil exploration in Ghana. The enterprise was to help out the poor local community and investors would be well rewarded. He said that she was guaranteed a big return if she sent him $40 000 to invest. He said that this would help them set up a home together when he returned to Australia soon. He also advised her to transfer the money from her bank to the investment account held at Barclays bank because this would be safer and he gave her all the relevant details.

Jessica was concerned because this was a large sum of money and asked her friends and relatives what she should do. Some of her friends expressed concern that she may be dealing with an online scammer.

Jessica questioned Martin’s motives. He told her he was very hurt and sent her photographs which he claimed were photos of himself with his daughter and children in the local community. Jessica told her friends that she knew and trusted him and decided to send the money anyway.

Over time, Jessica was asked to help out in a number of ways as well as pay for fees and taxes on her ‘investments’ until she had paid over $90,000. Some of Jessica’s friends showed her material about online scams, so Jessica began to keep details about the relationship to herself. However, when Jessica again mentioned her concerns to Martin, he told her that he “swore by almighty God” that he loved her and the money she sent was being invested in their relationship.

It was hard, but soon Jessica had to admit to herself that there was something wrong. She thought about how the conversations often turned to money and the requests for more were becoming very frequent. One day after he had asked for more money to organise travel to Australia she decided to stop. Martin’s emails and phone calls became increasingly insistent and angry. She should have hung up straight away but she still felt something for him.

Then Jessica received an email threatening to send her friends and family copies of intimate photos Jessica had sent to Martin, unless she paid another $10,000. This cemented in Jessica’s mind that the whole affair was an elaborate scam and Jessica finally sought help from the police.

Jessica felt devastated that a man she felt she could trust implicitly was in fact a scammer. In addition to these mental and emotional costs, she had also sent the scammer in excess of $90,000—most of her life savings.

She found it hard to discuss this with her family and friends because she felt so foolish. They had warned her but she trusted the scammer over those truly closest to her. When she did her own research she found that she was not alone. Many others had had similar experiences. 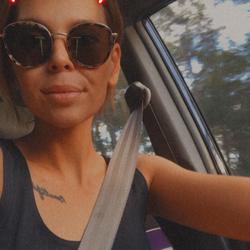 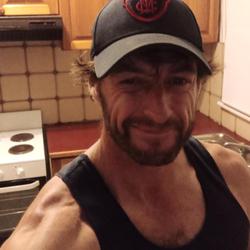 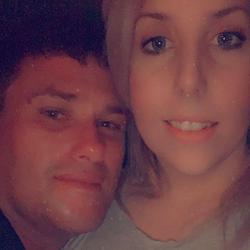 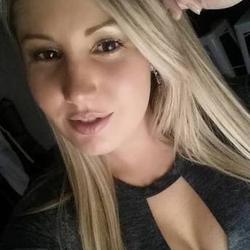